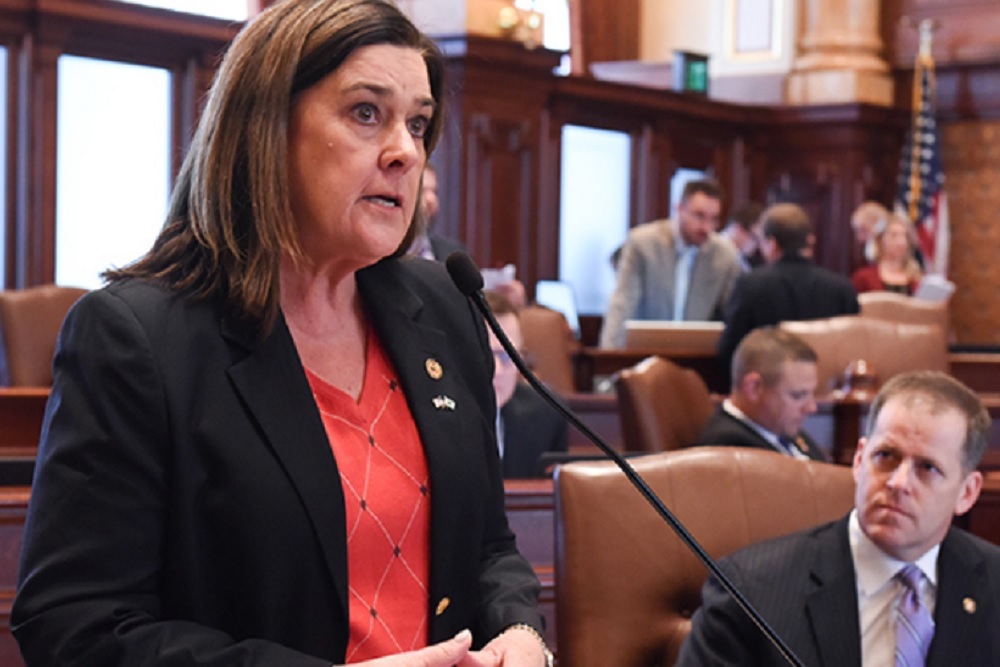 Republican state Sen. Jil Tracy, who represents the state's 47th District, said Gov. J.B. Pritzker's second budget address to a joint session of state legislators in the House of Representatives last month is a starting point but hard questions need to be asked.

“The budget Gov. Pritzker presented today is a starting point, and much of what we heard was not unexpected,” Tracy said in a release. “The governor is proposing $1.68 billion in new spending, but did not talk much about any of the cuts he asked agencies to provide. His plan requires a huge tax increase to implement. Now, we need to get into the details and begin to ask the tough questions."

“This budget responsibly holds roughly $1.4 billion in reserve until we know the outcome in November. Because this reserve is so large, it inevitably cuts into some of the things that we all hold most dear: increased funding for K-12 education, universities and community colleges, public safety and other key investments,” Pritzker said in his speech. “But as important as these investments are, we cannot responsibly spend for these priorities until we know with certainty what the state’s revenue picture will be.”

Tracy noted that she is prepared and willing to work with lawmakers in order to pass a balanced and structured budget with the reforms needed to boost the state’s economy and jobs.

“Any spending plan will have its supporters and its opponents, but to succeed it will require good-faith negotiations," Tracy said. "I believe bipartisan solutions are key to our state’s problems. Last year, we were able to craft a budget – with no new taxes. We can do it again.”

Want to get notified whenever we write about Illinois State Senate ?

Sign-up Next time we write about Illinois State Senate, we'll email you a link to the story. You may edit your settings or unsubscribe at any time.